How to prepare your workplace for Generation Z 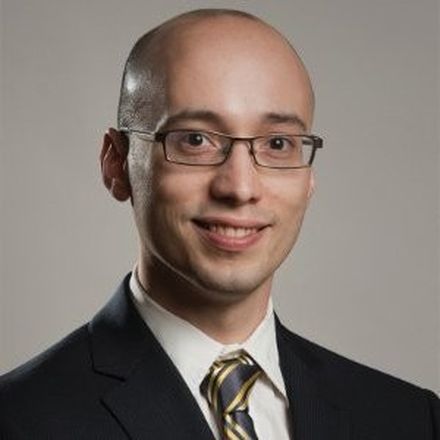 From Boomers to Millennials and more, each generation of workers has a unique point of view. These groups differ not because humans have “evolved” but because they each grow up and grow old in different time periods with varying opportunities and challenges.

Generational categories represent a shorthand for describing attitudes, interests, beliefs, and experiences, that certain groups of people are likely to have in common. They are not absolute statements about what all people of a certain age think or feel. There can be a lot of variation within and across generations, especially when you consider other demographics such as race, nationality, and class.

From an HR standpoint, the are four generations that have the most impact on work today. These are:

It’s this most recent cohort, Gen Z, that myself and fellow People Scientist, Myra Cannon, presented research on during a one-hour webinar. Gen Z represents more than 20% of the overall U.S. population, and with the eldest now graduating college, workplaces need to be ready for them.

In this article we’ll cover:

Understanding the boom and bust mindsets among generations

Important events and their repercussions shape the generations who live through them and those who merely read about them in different ways. For each generation these and other aspects of the political, social, and economic landscapes define how they look at the world and what they expect their future to be like. You can think of it in broad terms as Boom and Bust Mindsets.

Generations with Boom Mindsets expect to thrive as adults. They believe:

Generations with Bust Mindsets expect to struggle as adults. They believe:

Given this framework we can think of the flow of generations as follows:

This mindset difference helps to explain why Boomers and their children, the Millennials, are so frequently at odds while research suggests that Gen X and their kids in Gen Z often have more collaborative relationships. Millennials expected to reap the benefits of the Boomer’s experiences fighting for greater gender parity in the workplace, flexibility, and some degree of meaningfulness in work.

On the other hand, Gen X is a generation that has struggled both culturally and financially. Never large enough to be a focus of marketing efforts, they’ve been left to mostly fend for themselves and have conferred those expectations onto their children. A lot of the research on how Gen Z is planning out their future and how they interact with their parents, reflects this shared perspective.

How to prepare your company culture for Gen Z

Given this context, the results of studies looking at Gen Z take on renewed importance. They’re more than interesting tidbits - this research provides meaningful understanding of likely behaviors and preferences for the latest generation to enter the workforce. We discuss these insights and how companies could respond in four categories: economic insecurity, coaching vs. managing, mental health and wellness, and workplace design.

As noted earlier, Gen Z has had a childhood marked by deep uncertainty around money and career, especially the value of college and its connection with a reliable future.

As a result, we see statistics emphasizing Gen Z plans for self-determined careers with a significant wariness of debt. For example, a quarter believe they need to get through school with no debt and 63% want to study entrepreneurship in college.

Perhaps most telling is that 42% of Gen Z respondents expect to work for themselves one day (this is about 4x higher than the actual percentage of self-employed Americans). This becomes more extreme when you account for race/ethnicity with about 60% of African Americans and Hispanics expecting to work for themselves compared with only 31% of Whites.

Gen Z is expecting to go it alone - they are not planning on how to be the best employee but rather how to survive as a freelancer or a competitor.

Generation Z reports that they are used to being trusted by their parents, and while they frequently consult parents for advice, they expect to make independent decisions. Requests for consultation from Gen Z may be misinterpreted as requests to be absolved of responsibility, especially by newly minted Millennial managers who expect more from authority figures.

Over the past 30 years the Higher Education Research Institute has reported continually declining mental health scores among college students, with women showing some of the lowest scores. To illustrate this growing demand for mental health support, the Institute reports that in 1985, 7% of first-year students intended to seek personal counseling, by 2015 it had doubled to 14%.

Colleges have tended to provide enhanced support for mental health issues helping students with such concerns succeed. This means more of them are making it into the workforce with the talents employers want but also with an ongoing need for mental health support.

Gen Z sees itself as a generation of master multitaskers seeking to stay connected to all the communication channels available to them. They also tend to display a weak sense of personal boundaries, comfortable making and receiving calls at all hours. They take pride in being available to help a friend at any hour (and expect similar responsiveness from their leaders and professors).

While these might sound like great traits in an employee, studies have frequently found that there is no such thing as multitasking. In reality, people switch between tasks at varying speeds and with varying levels of efficiency, losing some focus and energy with each swap. This inclines Gen Z to cut corners to stay on top of all their communication channels and responsibilities.

The growth of open office spaces aligns with Gen Z expectations. Studies show that fewer Gen Z members (28%) than Millennials (45%) embrace traditional office spaces. Hotelling (where employees don’t have fixed seating in an office) may be more comfortable to employees who have grown up in the midst of sharing economies.

However, there is a potential downside as open offices have been shown to be noisy and distracting. Given Gen Z’s penchant for wanting to multitask they may have difficulty being maximally effective in these open spaces.

How to use generational demographics in employee surveys

Whatever your employee feedback strategy, there are several things to keep in mind when doing generation-based survey research in your own company.

1. Collect data from all generations

Often generational differences represent a slow but ongoing change in culture over time. Differences can seem much bigger if you skip a generation. Gen X is often right in the middle of Boomers and Millennials, showing that the changes have progressed gradually over time.

This leads to framing your questions and interventions in terms of fixing what’s wrong with some  generations to make them more like another. This approach creates resentment that makes your job harder. Instead, use the average of all employees as your baseline and work with populations that fall below this benchmark.

Generations are generally viewed as 15-year cohorts, but those terms are not representative of fixed, objective boundaries. You may find that your data makes more sense if you use different cutoffs, especially if you are mixing different demographics (e.g. diverse nationalities, ethnicities, educations, etc).

4. Consider generations as one (among many) explanations for an issue

Don’t forget that people’s behaviors are also affected by department, education, and other demographic and organizational categories. Generation sometimes lines up with these things, but isn’t always relevant to the issue at hand. For example, Gen Z are currently in entry-level roles. If they’re all more engaged than other employees, it may have more to do with their recent onboarding experience, rather than just being part of Gen Z.