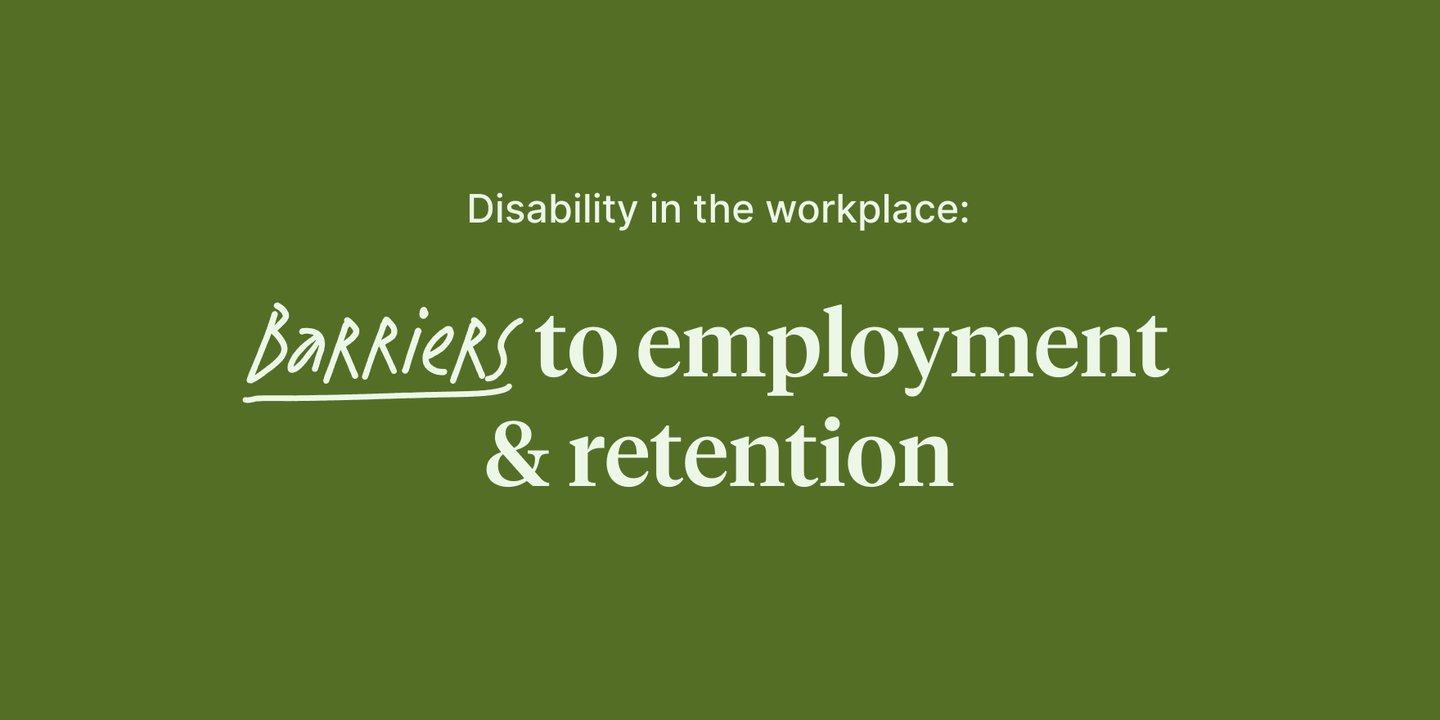 Over the past few years, the way we think about diversity, equity, and inclusion has thankfully evolved to encompass more than just gender. Michelle Kim – who has worked with hundreds of companies on their DEI efforts as the CEO of Awaken – found that “there are more conversations happening around how race, sexual orientation, disability, and other social identity markers impact the way people experience the workplace.”

Yet, the data clearly indicates that these conversations still aren’t doing enough to improve the experiences of people with disabilities – especially when it comes to the workplace. The U.S. Bureau of Labor Statistics found that 8 out of 10 individuals with disabilities were not in the labor force in 2020. For individuals without disabilities, this figure is 3 in 10. Moreover, research indicates that this disparity will continue to increase over time. Globally, the United Nations reports that 80-90% of persons with disabilities of working age are unemployed in developing countries. In industrialized countries, this figure is between 50% and 70%.

This disparity is alarming, especially considering that folks with disabilities comprise the largest minority worldwide. Dismantling this system of exclusion isn’t just the smart thing to do, but the right and humane thing to do as both a leader and a human being.

In the first part of this blog series, we introduced the fundamentals and benefits of disability inclusion in the workplace. In this second article, we’ll take a deeper look at ableism and explore how it creates barriers for folks with disabilities across the employee lifecycle. You will also hear more from Ola Ojewumi and Regina Walton about their experiences facing barriers in the workplace.

Ableism can be conscious or unconscious, individual or systemic. It’s the overarching factor that encompasses almost every barrier or challenge that folks with disabilities face in the workplace.

Often manifesting as an unconscious or implicit bias, ableism chains us to our stigmatizing preconceptions of people with disabilities as “less” or “other.” These biases are a huge part of why it can be so challenging to convince organizations and individuals that disabilities are a form of diversity that needs to be supported and empowered.

These biases and preferences seep into everyday interactions, often making it extremely difficult for folks with disabilities to access opportunities and find success in the workplace. The disability community is constantly working against the perception that people with disabilities are, for example, less productive and capable than people without disabilities.

The workforce has preconceived notions about people with disabilities, and focuses on what we’re not able to do as opposed to what we can do.

4 key barriers to employment and retention

Folks living with disabilities face significant barriers across the entire employee lifecycle. Below are just a few examples of how ableism can create barriers in the workplace.

1.) Biases in the hiring process

People with disabilities struggle significantly more than people without disabilities when it comes to finding a job. Hiring managers, usually unaware of their unconscious biases, tend to take a more pessimistic view of the work abilities of candidates with disabilities, regardless of the candidate’s qualifications.

When asked about her experience getting a job after college, Ola explains, “I interned in the Obama White House, I interned for Nancy Pelosi – but it still took me months to find a job. It was difficult getting employers to see past my wheelchair and see that I was capable.”

And it’s true – a study looking at why employers don’t hire and retain workers with disabilities found: “Many respondents felt that employers believed (or stated that they themselves believed) that a worker with a disability ‘doesn’t pull [their] own weight,’ ‘can’t do the job 100%,’ or ‘might not have the same capacity” as other workers.’”

2.) Fear of negative judgment and repercussions

Many employees with disabilities have to juggle multiple fears when they enter the workforce. For one, there’s the everyday fear of being ridiculed, underestimated, and othered by colleagues, who may possess an implicit bias against folks with disabilities. But on top of that, there’s the fear that their disability status can affect high-stakes situations like performance reviews and promotions.

Regina, who has Type 1 diabetes, described how somebody in her company once offered to step in on her behalf when she disclosed that she had to change her insulin pump before an event.

“She was really supportive,” explains Regina. “But you know, had I really needed her help, there is a fear in the back of my mind. People might think, ‘Oh, well she's got this disease, and sometimes she needs to change out her medical thing, and sometimes that takes a really long time which can interfere with of our startup.’”

Although that experience played out relatively well, Regina’s fears are legitimate. A report exploring discrimination under the ADA found that “a third of survey respondents with disabilities indicate that they had experienced negative bias in the workplace such as feeling underestimated, insulted, excluded, or had coworkers appear uncomfortable because of their disability.”

The report continues, “Almost half of these respondents (47%) also report that they would never expect to achieve a leadership role in their company, regardless of their performance or qualifications.” That is to say, fears and concerns about negative judgment and repercussions over disability status aren’t speculative – they’re both experienced and backed up by evidence.

3.) Lack of accessibility in workplaces

From hiring to performance reviews, accessibility barriers exist across the employee lifecycle. For example, many electronic job boards and company websites have poor digital accessibility features, thus excluding folks such as those who… [ie. have vision issues, limited mobility functions, etc.].

“There are so many tools for accessibility that employers do not use or do not implement to make it easier to hire people with disabilities,” explains Ola. The absence or availability of wheelchair ramps, automatic doors, and assistive technologies such as Braille devices can be the sole deciding factor in whether or not somebody can work at a given company.

When asked about the biggest barriers to workplace participation for folks with disabilities, Ola replies, “I think employers looking at reasonable accommodations as barriers and obstacles is one of the biggest problems.”

The study above – looking at why employers don’t hire or retain employees with disabilities – found that the most common reason was “concerns about the cost of providing reasonable accommodations so that workers with disabilities can do their jobs.”

This is in spite of the fact that “accommodations in the workplace provide consistent benefits over time with minimal costs.” According to another study conducted by the Job Accommodation Network (JAN), over half (50.5%) of effective accommodations came at no cost to the organization. For employers who did experience some cost, the majority reported a one-time investment of less than $500. Moreover, financial assistance is available for employers that provide reasonable accommodations to employees with disabilities.

Given the actual price of providing accommodations, why are workplaces apprehensive about investing in them? Lack of awareness (e.g., not understanding the actual cost and benefits) and implicit bias (e.g., the belief that the cost of accommodation isn’t “worth it”) are two very likely explanations.

Understanding and addressing these barriers

Despite common misconceptions, most working-age folks with disabilities want to work. It’s just that ableism has created barriers that have forced many in the community to remain underemployed, underutilized, and in poverty.

Oftentimes, we think of barriers as challenges that individuals overcome, but it’s time to flip this script. We, as a collective, must intentionally and actively break down barriers. If you’re looking to build a better world, both in and outside of the workplace, a commitment to disability rights and inclusion is nothing short of necessary.

In the final part of this series, we’ll share ways that organizations and individuals can do their part in creating a truly diverse, equitable, and inclusive workplace for folks with disabilities. 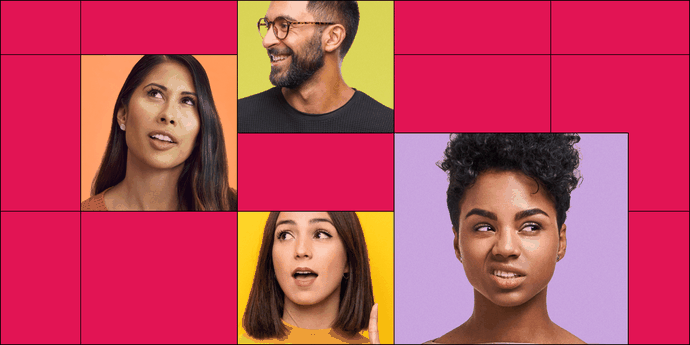 Get a complete guide to DEI
Loading, please wait

Contact us today to get a demo of Culture Amp for your business.