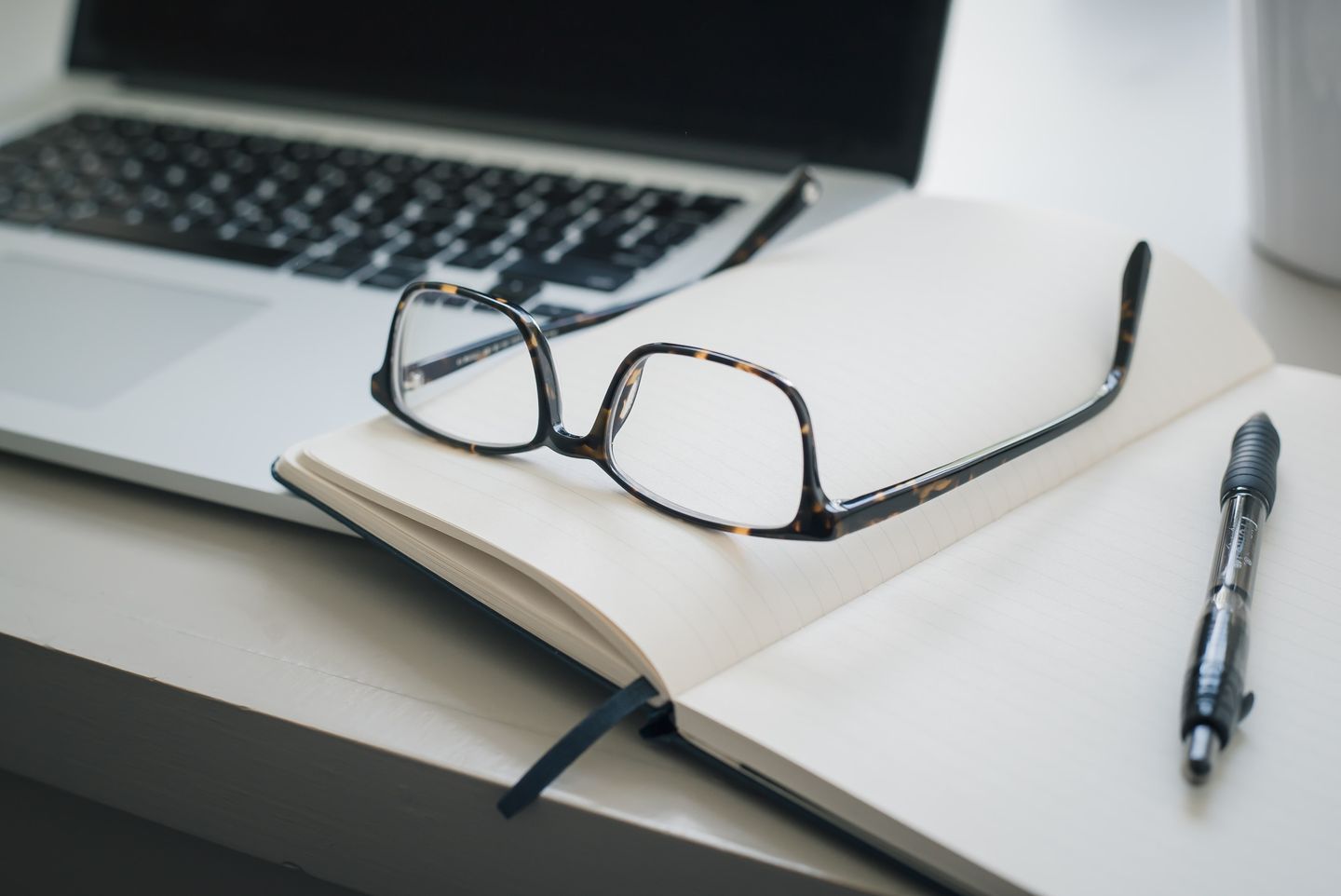 As humans, we’re all prone to biases. We constantly assess people and situations through the lens of our own prejudices - even when we don’t intend to. You can imagine how this can have a significant impact when it comes to performance reviews.

But there’s good news. Once you’re aware that these biases exist, you can use a variety of strategies (and a good dose of self-awareness) to minimize their effects. Below, we break down six of the most common biases when it comes to performance reviews and share tips on how to overcome them to the best of your ability.

The impact of bias on performance reviews

So when you give a performance review for an employee, you’re very directly having an impact on their career trajectory. Given the weight of this kind of influence, it’s every person’s responsibility to make sure the review they give is as fair and objective as possible.

In the following sections, we’ll share specific examples of how certain biases can impact  performance reviews.

Gender bias is the tendency to focus on the personality and attitudes of women and on the behaviors and accomplishments of men. Our own Senior Data Scientist, Priya Sundararajan, reviewed 25,000 peer feedback statements across a performance cycle of nearly 1,500 employees and found a high prevalence of gender bias. Specifically, she discovered that female employees are nearly 1.4x more likely to receive personality phrases from male reviewers and less likely to receive work-related phrases.

Example of gender bias in action

You have two employees - Nick and Susan - who are up for promotions. They’re both highly qualified, have similar years of experience, and received many positive accolades. They also received constructive feedback from their managers that needs to be taken into account for the promotion:

“Nick could work on his technical expertise.”

“Susan is challenging to work with.”

As you can see, Nick’s feedback is based on his skillset - which can easily be improved with the right guidance and training. On the other hand, Susan’s feedback is based on her work style. This not only raises doubts about her personality, but also seems like something that can’t be “fixed.” As a result of this feedback, Nick gets the promotion and Susan doesn’t. This situation is all too common and a huge contributor to the gender pay gap and unequal growth opportunities.

Our best piece recommendation to overcome gender bias is to give managers structured criteria for feedback. In other words, offer a fill-in-the-blank approach on your feedback forms that puts emphasis on the behaviors and accomplishments of your employees - not their personalities. The more structure there is, the less likely it is that your managers will fall into the trap of gender bias.

Leniency bias occurs when managers give favorable ratings even though they have employees with notable room for improvement. That doesn’t sound too bad, right? Unfortunately, leniency bias can weaken the objectivity of your data. Because the truth is that some employees do outperform others. But when you mark everyone as a 4 out of a 5-point rating scale, it becomes challenging to distinguish who your truly top-performing employees are. This then makes it impossible to identify who deserves a promotion or raise, and it can leave your top talent feeling disgruntled.

Example of leniency bias in action

Alex and Jamie are both managed by the same person. Alex consistently produces average-quality work. While it’s not bad, he rarely goes above and beyond what’s asked of him. Jamie, on the other hand, is consistently one of your top-performing employees. She goes the extra mile on her projects, always raises her hand to take on more responsibilities, and delivers outstanding outcomes. Despite these differences, their manager gives them the same rating of “Above Average” on their performance review to avoid hurting anyone’s feelings. As a result, Alex and Jamie stay on similar career trajectories - leaving Jamie to wonder if anyone notices her hard work.

To overcome leniency bias, consider adjusting your rating scale. For example, if your managers seem hesitant to give any of your employees a negative rating, use a five-point rating scale that goes from “Below Average” (lowest rating) to “Top Performer” (highest rating) with “Above Average” as the middle mark. With this scale, managers can give positive feedback - and mark someone like Alex as “Above Average” - while still distinguishing Jamie as a “Top Performer.” This will provide you with more objective data and recognize the hard work of your most stellar performers.

Idiosyncratic rater bias happens when managers evaluate skills they’re not good at, higher. Conversely, they rate others lower in things they’re great at. This presents a huge problem in performance data because it tells us more about the rater than the person being rated.

Why? Because the manager is good at project management, she’s more likely to have higher standards for this skill and compare the employee to herself. On the other hand, since she’s unfamiliar with computer programming, she’s less familiar with the standards for performance and is more likely to be lenient. In other words, her feedback reflects more on her own skills than her employee’s.

To overcome idiosyncratic rater bias, it’s important to rewrite your performance evaluation questions to be from the manager’s perspective. If this sounds confusing, below are a few examples of what this could look like:

If this person resigned, I would do anything to retain them.

I would always want this person on my team.

I would hire this person again.

Notice how these questions focus on the manager’s own behaviors and intentions instead of the employees. Research has found that people are much more reliable when rating their own intentions versus rating other people.

Centrality bias is the tendency to rate most items in the middle of a rating scale. Similar to leniency bias, this can weaken the objectivity of your data because it doesn’t provide valuable data. When everyone is receiving a rating of 3 out of 5 across the board, it’s difficult to distinguish the low-performing employees from the top-performing employees.

Example of centrality bias in action

A manager hands in his annual performance evaluations, and you notice that almost everyone on his team scored in the middle of the scale. So if you work on a 5-point rating scale, the majority of employees received a 3. This is a common occurrence as many managers don’t like being extreme and trend moderate in their reviews.

Fortunately, there’s a simple way to overcome centrality bias in your performance reviews. Remove the neutral option from the rating scale. So instead of having a scale of 1 to 5, make it from 1 to 4. This way, your managers won’t have the option to give everyone a middle-of-the-road score.

Recency bias is the tendency to focus on the most recent time period instead of the total time period. We also call this the “what have you done for me lately?” bias. While it’s natural to focus on the most recent behaviors and accomplishments of employees - since they’re freshest in our memory - this can negatively impact your data since it doesn’t actually provide a holistic view of an employee’s performance.

Example of recency bias in action

Imagine you have an employee named Jamie. At the beginning of the year, she landed a huge deal for the company and received a ton of recognition as a result. But in the last two months, her performance has slipped. Unfortunately, for her performance evaluation, Jamie’s manager focused only on the recent events of the past few months and didn’t acknowledge her incredibly valuable contributions from earlier in the year.

To limit the impact of recency bias on your performance data, encourage your managers to develop a habit of collecting feedback on employees throughout the year. So after the completion of a project, ask the employee’s teammates for feedback and write it down. The same goes for any training programs your employees goes through. That way, the performance review won’t rely solely on your memory and will provide a more holistic look at the entire year.

Confirmation bias is the tendency to search for or interpret new information in a way that confirms a person’s preexisting beliefs. That’s why you find it easy to believe people who align with you on specific facts, beliefs, or stances. And why you’re likely to be skeptical of people who don’t agree with you. While this is a normal human tendency, it can skew the interpretation of valuable performance data.

Example of confirmation bias in action

Let’s say you have an employee who is highly productive, technically skilled, and a pleasure to work with. The manager of that employee may receive feedback that supports these beliefs, which they’re going to believe. However, when that manager receives feedback that’s contrary to their beliefs about the employee, they may likely discount or even ignore that valuable piece of information.

So how do you overcome confirmation bias? The most important thing is to encourage your managers to think like scientists. Your managers should seek out information that goes against what they already believe about an employee. There are also ways to train them to pay extra attention to feedback that goes against their beliefs to encourage more objectivity in performance evaluations.

While we’ll never be completely free of bias, it’s encouraging to know that we have the ability to improve ourselves. Keep reviewing and practice overcoming these common biases as your next performance review rolls around.

Learn how to create a better performance review process at your organization.