How to improve the gender diversity of work teams 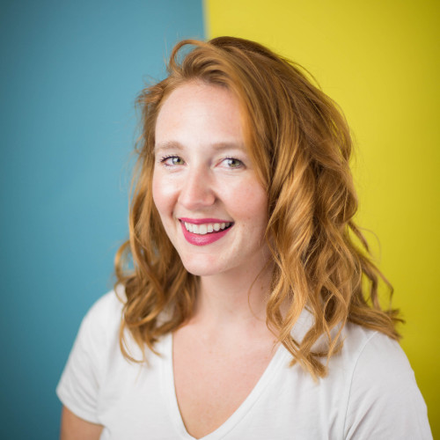 Gender Diversity is when people of all genders are treated equally in the workplace. They are hired and promoted at the same rate, as well as paid equally for equal work.

Companies are striving for gender diversity for many reasons, but the overall goal is to reach a place where our workplaces reflect the ideal state of our world, where equal treatment and opportunities are provided for all.

Gender diverse teams allow for the most talented individuals to rise in organizations, which means diverse companies end up being more successful and profitable since they aren’t limiting their talent pool. This leads to a diversity of thought - people of different backgrounds, genders, and ethnicities involved in decision making creates an environment for better decisions to be made overall. This creates more innovation and collaboration that impacts business goals.

What do our data tell us about gender diversity in the workplace?

Based on our data, aggregated from 1,500 customers worldwide, we can see that there is still work to be done in achieving gender diversity. For instance, women, especially non-white women, are less engaged at work than men. This matters because our data also tell us that employees’ sense of inclusion and belonging has a direct impact on employee engagement.

At this time, our analysis focuses on the experiences of male and female employees. Our sample of transgender and non-binary employees is too small to be conclusive. In the future, we hope to be able to provide insight into the experience of these employees.

We also found that women are much less likely than men to believe their perspective will be included in decision making at their company.

So, what can companies do to change this situation? They can increase gender diversity and create a more inclusive company culture.

Increasing the gender diversity of work teams isn’t something that’s going to happen overnight. It takes time and planning, and the important thing is to get started. The following steps are a great way to approach this big task in a manageable way.

How are other companies working to achieve gender diversity?

Understanding and improving gender diversity at your company may seem like a big undertaking, but many companies are making progress in this area with creative solutions. Take a look below for specific examples.

eBay At eBay, 42% of employees are women. In 2011, they started the Women's Initiative Network to encourage women to continue working at eBay until they moved into leadership roles. The program includes an annual summit to bring together the company's female leaders and its senior executives for networking and professional development. It appears to have worked, as the number of women in leadership doubled to hit the 28% recently reported.

Buzzfeed In October 2014, BuzzFeed's Editor-in-Chief, Ben Smith, published stats on diversity within BuzzFeed's editorial team and the company at large. Ben said he made the numbers public to keep the company accountable to its employees, readers, and peers. According to Smith’s blog post about diversity at BuzzFeed, improving the diversity of the team is a priority because it will allow BuzzFeed to reach more readers, hire the best people, and produce higher quality work.

Etsy For Etsy, gender diversity in its team is important to product success, since 80% of its customers are female. The company focused training up junior female developers. Together with Yammer and 37 Signals, Etsy funded grants for women to join a summer Hacker School (now called The Recurse Center) program to learn to code. The three-month program was held at Etsy's offices and was balanced between male and female participants.

Chief technical officer Kellan Elliot-McCrea said these grants showed people outside the company that Etsy was serious about gender diversity. Before starting this approach, the company had no way to prove to outsiders it meant it when it said gender diversity was a priority.

In 2014, two years after the first Etsy-funded Hacker School grants, Etsy published gender diversity stats about its team. Overall, 51% of employees at the time were female. In tech roles, women accounted for 31%, and in leadership, women held 37% of roles.

If you're looking for more ideas to take action, take a look at our free ebook, 6 ways to foster belonging in the workplace. Looking for ways to celebrate and reflect on the cultural achievements of women? Find out how we can celebrate International Women's Day.

How to foster healthy relationships at work