Why we changed our mind on venture capital

In 2014, I wrote an article about why we weren't raising money, even though in many ways we had the perfect opportunity to do so. One year later we raised our Series A, and we did that because two things changed:

We've now raised two rounds of funding and recently secured our third. Looking back, I don't regret our initial decision not to raise money or our decision to eventually raise funds. This is why.

Culture has always been first

Our desire to be a culture first company is a constant. This is what drove our initial decision not to chase VC-backing. To quote from my 2014 piece:

While 2014 was a great time to raise money, we were deeply concerned that it would change our direction. We felt that we may end up focusing on growing the business at the expense of our culture. So we made a call not to raise VC funds and to bootstrap instead.

Sometimes you have to step back to see the bigger picture

Our mission has always been to take the power of people analytics and make it accessible to everyone. We knew this was a big opportunity. But once we had hundreds of clients it dawned on us that the opportunity was possibly even bigger than we had originally thought.

While we could keep growing at the rate we were, we would never achieve the mission that we had set. We just weren't growing fast enough to help all the people that we potentially could. While we were aware of this, we sat on it for about nine months before we realized how much faster we could go if we raised money to hire ahead of the curve.

It really hit home when I was having a conversation with a very successful entrepreneur. He told me about a situation where his team and business were growing very quickly. Everything was great, and then somebody else came in and just ran right over the top of them. They didn’t see it coming because they hadn't set their bar of success high enough.

I'm not a big believer in the first-mover advantage, I believe it's about getting it right rather than being first. But it is important to ask yourself if you’re actually thinking big enough. Are you really going after the real problem or are you thinking too small?

Once we opened our minds to raising money, we started to think bigger.

Taking VC has made us think bigger

There are a lot of expected benefits to VC-backing. You have access to networks and great people with experience building the type of business that you're trying to build. But there are also a lot of unexpected benefits, like being forced to think bigger constantly, not just once or twice a year.

You’re not just sitting back and dreaming about the best-case scenario; you’re really asking yourself “What are we shooting for? What are we trying to do? How can you do that at scale?” These are conversations that as a CEO you often don't allow yourself to have.

It’s also valuable to learn from the fraternity of people going on the same journey as you. In the VC world, you can share many of the trials and tribulations because you're funded by the same investors.

When you’re busy running a company you don’t often get the opportunity to hear about what’s really going on inside another company. It’s helpful to hear from others who are experiencing the same pain and suffering.

It’s not enough to just get VC funding, you really have to find the right backer for your business. You're obviously looking for people that bring operational experience, domain knowledge, and relationships. But for us, the key thing was making sure that we brought our people with us and stayed Culture First. We also wanted a partner who understood what we were doing, but was also different enough to challenge us.

We spoke to a lot of people and could tell almost straight away if they fundamentally didn't believe in the same things as us. There were others who did get what we were doing but they were probably too similar to us, which wouldn’t give us the right level of challenge.

It’s an interesting process because you’re essentially auditioning yourself and asking people to see that you’re valuable and worthwhile. Right until the end you’re not sure if you’re going to go to the dance or if you’re coming home without a partner. On the flip side, you can also have too many choices and you have to make sure you pick the right one or two to work more deeply with. It’s a very difficult choice to make.

The people we eventually chose for our first round of funding believed in us but also came with perspectives that we hadn’t considered before. We chose Wesley Chan and Aydin Senkut at Felicis, as well as Ilya Fushman, Danny Rimer, and Neil Rimer at Index Ventures. They understood why we were building the business, they saw the future that we wanted to create, and they also brought with them experiences we didn't have.

I don’t regret taking our time

I’m often asked, “How could we have gotten to $1 million ARR faster?" I really don’t think that’s the right question to ask.

The amount of time it takes you to get from $0 to $1 million in revenue doesn’t mean anything. What you really have to solve for is whether you’ve got the right problem. Is it big enough? Are you solving it in the right way? If you are, then it doesn’t matter how long it takes to get there.

I also don't regret not taking money earlier because of the issue of dilution. If you raise money off the bat you have to give up 20% or 25% of your company before you even start. When you have four co-founders and lots of people working with you, it just means that everybody ends up owning an even smaller piece of the company. So if you're in a position where you can bootstrap to the point where you've got product-market fit you can end up owning more of your company. That's not a bad thing.

In many ways, we’ve managed to get the best of both worlds. We were able to work through a lot of the hard stuff on our own without giving up a huge chunk of the company. It gave us the opportunity to really refine what we were doing without going too quickly.

Now that we’ve raised funding, we’re able to grow much more quickly and become a much more impactful company. Making the decisions we did when we did has put us in a great place to make a big difference. 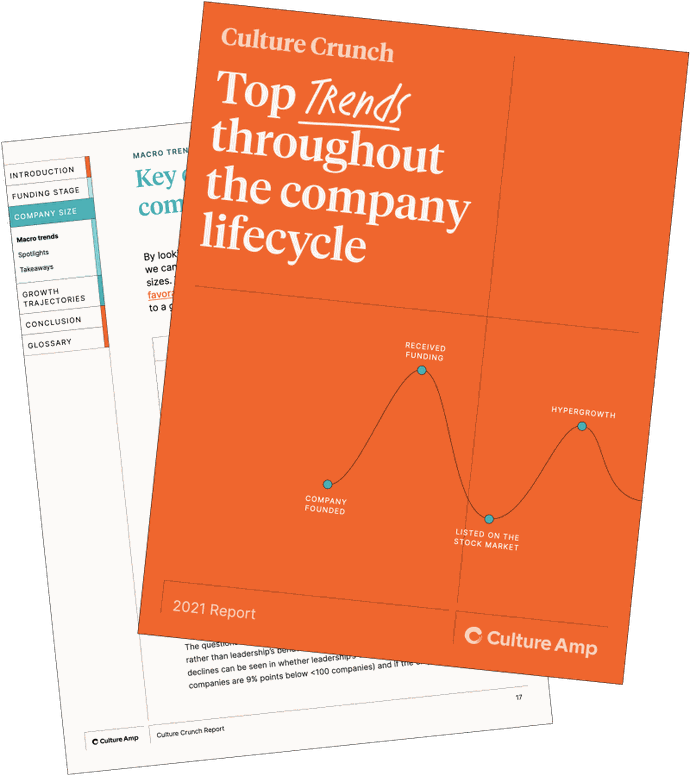 Scale culture as you grow