What do you imagine when you hear the word “Asian” or “Asian American”?

In the United States, most people probably imagine a person with an East Asian heritage. Usually Chinese, but perhaps Japanese or Korean. Depending on the person who is asked, Southeast Asian countries, such as Vietnam or Thailand, may be included. Rarely, however, will the average American think of “Asian” in the context of Pacific Islander (e.g., native Hawaiian), Central Asian (e.g., Uzbekistani), or South Asian (e.g., Sri Lankan) identities.

May is designated as Asian American and Pacific Islander (AAPI) Heritage Month in the United States. Although much progress has been achieved in the 30 years since AAPI Heritage Month was officially recognized, we still have a long way to go – as institutions, communities, and individuals. The meteoric rise of worldwide anti-Asian sentiment and hate crimes simply shined a glaring light on the racism and disparities that members of the Asian community still face.

And yet – even this spotlight on the Asian experience hasn’t been bright enough to draw attention to the diversity and intersectionality of experiences contained within the label “Asian (American).” We are not a homogenous group. Though “Asian American” may serve as an identity-marker and community-maker that gives us a place within the broader narrative of America, this label also erases significant differences, silencing the voices of the most vulnerable and least represented.

Which communities are included in the conversation around being Asian American, and which ones are left out? Which unconscious biases may be at play? This month, let’s move beyond blanket celebrations and instead interrogate how we – Asians and non-Asians alike – may perpetuate the exclusion and marginalization of certain communities from the category of “Asian.”

In the first part of a two-part AAPI Heritage Month Series, we will highlight the importance of disaggregating how we conceive of, understand, recognize, and measure the “Asian” identity in the United States. To learn more about how to do this work, including specific actions organizations and individuals can take to support their Asian colleagues, read part two of the series, “4 ways to support the AA&PI community at work.”

Who counts as “Asian American”?

Let’s begin by defining “Asian.” Like other demographic categories in the United States, “Asian” is an extremely broad term. According to the U.S. Census Bureau, Asian is defined as:

“A person having origins in any of the original peoples of the Far East, Southeast Asia, or the Indian subcontinent including, for example, Cambodia, China, India, Japan, Korea, Malaysia, Pakistan, the Philippine Islands, Thailand, and Vietnam.”

“Asian American,” on the other hand, was coined by activists in 1968 as a rejection of the derogatory term “Oriental.” A pan-ethnic Asian identity didn’t exist in the United States until then. People of Asian descent would typically refer to their specific ethnic subgroup (i.e., Vietnamese American).

This label was the Asian community’s first attempt to create a collective, multi-ethnic identity that people of Asian descent could unite around. It was intended to represent an interconnected history of immigration, labor exploitation, xenophobia, and racism, as well as a common political agenda.

However, the term “Asian American” has historically centered on East Asian communities, thus obscuring the vast diversity of cultures, languages, histories, and experiences across the Asian diaspora. As a result, it’s been criticized for creating a sense of exclusion and erasure among Southeast Asians, South Asians, Central Asians, and Pacific Islanders.

In the 1980s and ‘90s, the term Asian American was further broadened to Asian American and Pacific Islander (AAPI) in an effort to be more inclusive of Native Hawaiians and Pacific Islanders (NHPIs). However, this decision has proven contentious, as NHPI communities have a distinct history and culture, and face unique challenges like land displacement and dislocation that don’t typically affect Asian Americans. As a result, some have pushed to change the abbreviation from AAPI to AA&PI to disrupt the aggregation.

For all these reasons and more, we at Culture Amp recognize that the term “Asian American” and “AAPI” possess numerous inadequacies, limitations, and historical failings. From this point forward, I will use “AA&PI” instead of AAPI. On the other hand, I have chosen to continue to use “Asian American” the way its activist originators intended it to be used. I do in the hope that we will someday progress to the point where “Asian American” will become a truly inclusive identity and community where the experiences and struggles of all communities – especially the most marginalized – are fully represented in the collective fight for social justice.

However, for collective progress to be possible, we must highlight the salient differences that exist among the AA&PI community. In the next section, we will examine why we must break down the different pieces of the multi-ethnic AA&PI experience to build up the movement as a whole.

The importance of disaggregation in the AA&PI community

According to Pew Research, “six origin groups – Chinese, Indian, Filipino, Vietnamese, Korean, and Japanese – account for 85% of all Asian Americans as of 2019.” Unsurprisingly, the experiences and outcomes of these most populous groups often skew people’s understanding of what it means to be AA&PI.

When it comes to median household income, the Asian community as a whole may appear to top all other racial and ethnic groups, as illustrated in the chart below, which was produced using data from the 2019 and 2020 U.S. Census Bureau Income and Poverty Report.

The apparent economic success of Asian Americans has been significant in perpetuating the “model minority myth.” However, when we dig beneath the aggregate statistics to look at specific Asian communities, we uncover how the Asian American community also experiences the largest income gap of any racial group, with the same six most populous groups (Indians, Filipinos, Japanese, Chinese, Koreans, and Vietnamese) making above $68,703 (average median household in 2019). Other groups of Asian Americans have a far lower median average household income, as illustrated below.

Moreover, due to the tendency to associate Asian Americans and Pacific Islanders with one another (i.e., AAPI), NHPIs – who aren’t even represented in the graphs above – are assumed to be included in the “model minority.” This is in spite of how the NHPI community generally experiences lower median household income and higher rates of poverty than the broader Asian American community.

A similar story plays out with employment rates and educational attainment. Although the AA&PI community may appear to excel compared to other racial and ethnic subgroups, disaggregating the data illustrates how the higher outcomes of other AA&PI ethnic groups can mask the needs of the most vulnerable members of the AA&PI community. These “invisible” inequities and disparities play out across many dimensions of the AAPI experience, including health outcomes, access to mental health resources, and more. Unsurprisingly, data aggregation also negatively impacts policies, programs, and resource allocations among the AA&PI community in the workplace.

Who are you celebrating during AAPI Heritage Month?

“Asian American” and “AAPI” encompass approximately 50 ethnic groups speaking over 100 languages. Although imperfect, this identity and movement are the closest things to a community that many AA&PI folks living in the U.S. experience.

Today, diversity, equity, & inclusion are top-of-mind for many organizations and individuals. Due to data aggregation, many of the policies and initiatives being put forward probably don’t account for less privileged AAPI subgroups – and they certainly don’t account for the community’s many intersectionalities (i.e., refugee, socioeconomic status, first language, etc.).

As Thushy explains, “In the tech industry, we often say we’re ‘making progress within the Asian community,’ but it’s mostly East Asian and perhaps Indian populations that are being represented. There are numerous other Southeast Asian and South Asian identities that are not well-represented in tech. By bucketing everyone under this term, we often overlook the progress that still needs to be made and the work that still needs to be highlighted.”

This year, let’s challenge ourselves, our communities, and our organizations to acknowledge the vast diversity of Asian Americans and Pacific Islanders and take action to uplift and support the least represented groups on the margins. By disaggregating both the data and our understanding of AA&PI, we can ensure that all members of the AA&PI community feel like they have a place to belong and that our AA&PI Heritage Month celebrations aren’t unintentionally excluding members of the community.

In the next part of this series, we will dive into the AA&PI experience at work, how data disaggregation can guide DEI initiatives, and what individuals can do to support their AA&PI colleagues. 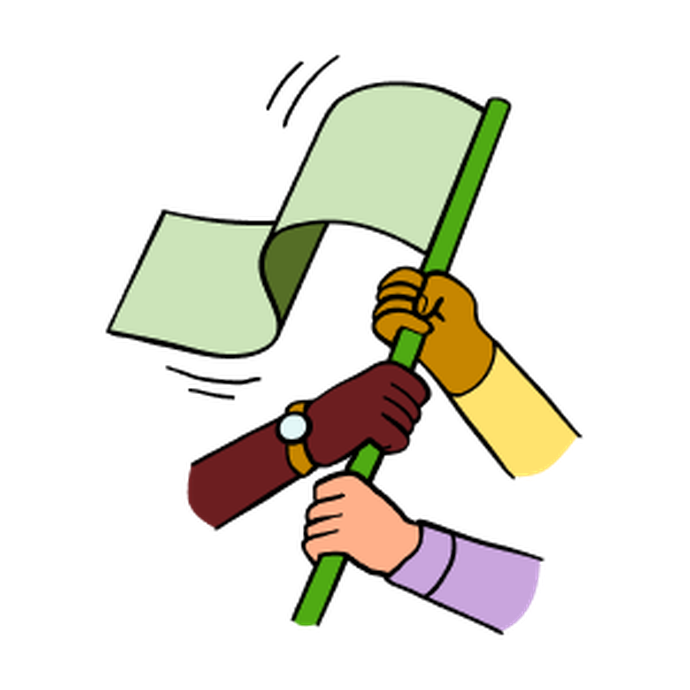 Read the next part of this series

Hear from four Asian employees at Culture Amp on what they believe individuals and organizations can do to better support the AA&PI community and workforce.