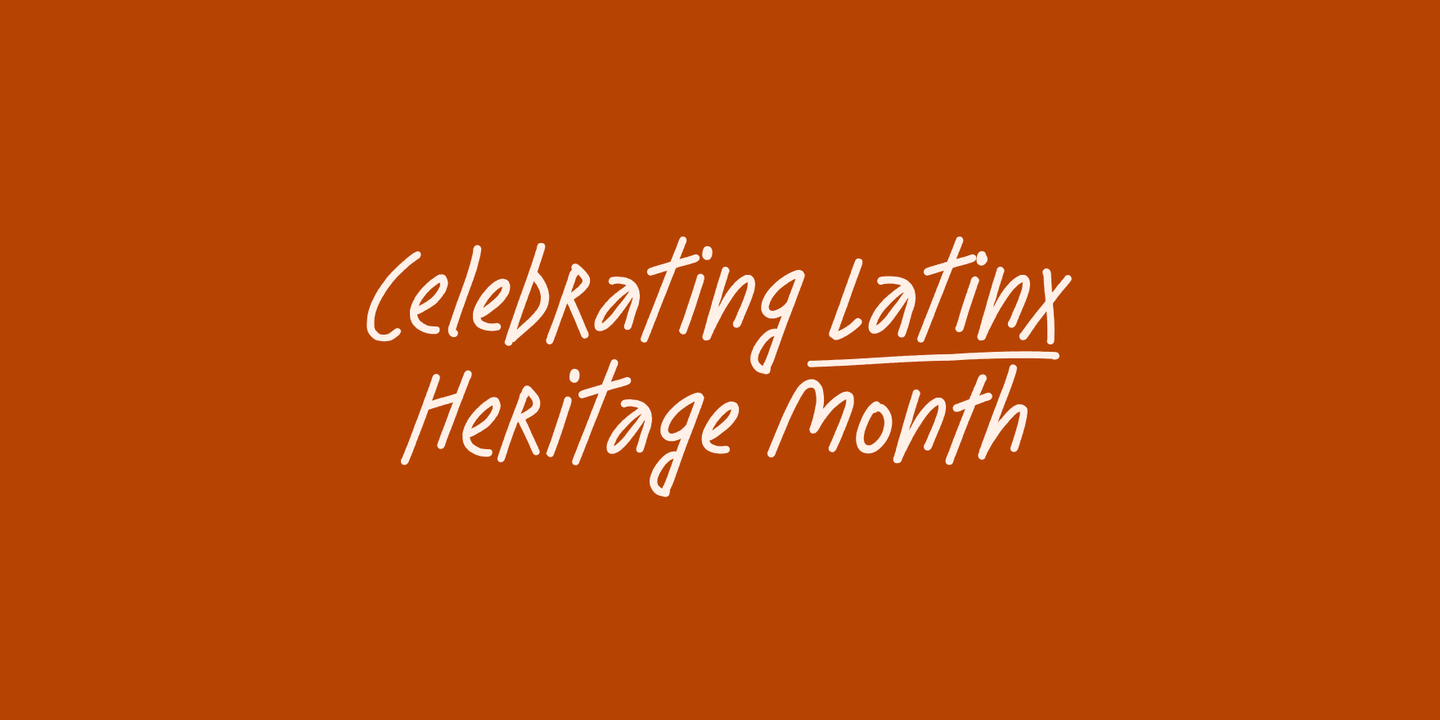 September 15 marks the beginning of Latinx Heritage Month – but please, please let your organization know that a tacos night isn’t the right way to celebrate it.

Running from September 15 until October 15, this month-long celebration was started by President Lyndon B. Johnson to recognize and honor the “cultures, contributions, and resilience of Latinx, Hispanic and Latino-identified communities around the world.” Today, Latinx Heritage Month is celebrated annually across the United States.

But, who exactly are we celebrating, and what do we even mean by “Latinx?” Moreover, isn’t it officially called “Hispanic Heritage Month?” So why are some organizations (Culture Amp included) calling it something different?

These are all valid questions that organizations looking to move away from performativity and tokenism should be prepared to address and answer before planning any festivities.

In the first part of our two-part series on Latinx Heritage Month, we’ll take a closer look at the above questions, explore how they speak to the inherent complexity of the Latinx/Hispanic identity across the world, and explain the importance of understanding and intention in celebrating Latinx Heritage Month.

Understanding the complexity of identity terminology

First and foremost, organizations planning to celebrate Latinx Heritage Month must first understand who exactly is being celebrated, and why the terminology you choose matters.

Below are several key terms of identity and their definitions, which we’ve borrowed from Generating Engagement and New Initiatives for All Latinos (GENIAL)’s “Usage of Terms of Identity.”

The identity terminology that a certain group or individual chooses to adopt or self-identify with is highly personal and can be emotionally charged. For these reasons, there is no “right” or “best” term to use.

Here at Culture Amp, we’ve decided to adopt “Latinx” Heritage Month instead of “Hispanic” or “Latino” for two reasons. First, so that we can encompass the identities of people in the community who do not identify with the gender binary. Second, so that we can be inclusive of Indigenous, Brazilian, and other non-Spanish speaking people and communities who may identify with the term.

This decision isn’t without controversy, nor will your employees necessarily relate to any such pan-ethnic identity markers. A Pew Research study found that 65% of respondents who have heard of the term “Latinx'' believe it should not be used for various reasons, such as “Latinx” not being “Spanish enough.” Importantly, another survey found that country of origin identity terms (Cuban, Mexican, Brazilian) are consistently preferred to pan-ethnic terms such as Latinx, Latino, or Hispanic. This is unsurprising, as Hispanic/Latino/Latinx are “made in the USA'' categories that may not resonate with folks that live in other parts of the Diaspora.

Rafael Athayde Mello, a Melbourne-based Data Engineer, would agree. Born in Brazil, Rafael explains, “There’s a really strong regional identity to being South American. There’s not really a good sense of Hispanic-ness and Latin-ness. So, I would rarely ever call myself Hispanic or Latinx – I would so much more call myself Brazilian.”

Indeed, pan-ethnic labels can erase the vibrant texture of different cultures and communities. Kenneth Mathos, Director of People Science, elaborates, “Labels aren’t made by groups. They were made by the Census Bureau to categorize big groups of people for logistic reasons. Puerto Ricans, Dominicans, etc., didn’t come together and say, ‘We are all Hispanics and this is how you will refer to us.’”

This is on top of the fact that Hispanic/Latinx doesn’t denote race, though it’s often treated that way (and experienced by some people as a racial identity). Rather, these terms technically denote ethnicity, which is defined as “a social group that shares a common and distinctive culture, religion, language, or the like.” For example, Vivian Woo, Lead People Science Analyst, shared that she identifies Latinx, though she didn’t realize this until well into adulthood. Vivan reflects, “Clearly, I don’t look Latinx when someone sees my name or my face. But, my dad was born in Panama which makes me Latinx. And, it has always been a part of my cultural upbringing. We frequently visited family in Panama during my childhood.” For this reason, it’s important to avoid assumptions about somebody’s identity or background based on something superficial, such as whether their appearance (or even name) aligns with what you think a Latinx person “looks like.”

The importance of intention in choosing your terminology

The discussion above already highlights the inherent complexity of identity language in the Latinx community, but it represents only a sliver of the larger conversation. This Latinx Heritage Month, remember that the words you choose – and whether or not you understand them – matter a lot. Not only do they inform who will or won’t be included, but they also impact who does or doesn’t feel included or understood.

Take the example in the introduction – a taco night. Even if we were to ignore the fact that this event is so stereotypical it could arguably be seen as a microaggression, we couldn’t ignore the fact that such an event collapses the vast diversity of Latinx culture with Mexican culture. In other words, you may end up alienating and excluding Latinx employees who do not have, or identify with, Mexican heritage.

So as you go through the process of designing and vetting your Heritage Month initiatives, take care to be intentional about which events you’re holding, why you’re holding them, and how you present them to the larger organization. This is a complicated topic to navigate, so it’s vital that you educate yourself with the knowledge and language necessary to host truly inclusive Latinx Heritage Months events that transcend the stereotypical.

This is especially true if you’re an organization looking to make a meaningful improvement in diversity, equity, and inclusion in the workplace. After all, these are important conversations that need to happen not just during Latinx Heritage month, but every month. For example, who “counts” as Latinx in your organization when it comes to diversity in leadership? Or, how does equity look different for Mexican-American employees versus Puerto Rican employees?

Listen to your Latinx employees

There’s no perfect way to “solve” the inherently complex conversation around identity in Latinx, Hispanic, and Latino-identified communities around the world, but it’s absolutely essential that organizations make the commitment to listen to and understand the diverse range of experiences that often get lumped into the group “Latinx.” Moreover, it’s critical to look at these issues through a global lens – folks with a similar heritage growing up in different places experience inequity and identity differently. Acknowledging and building these fundamental human differences into your DEI process is nothing short of essential for building a truly diverse, equitable, and inclusive workplace.

Stay tuned for the second and final part of our Latinx Heritage Month series. In it, four Campers will share their thoughts on what individuals and organizations can do to meaningfully support and celebrate their Latinx employees and coworkers. 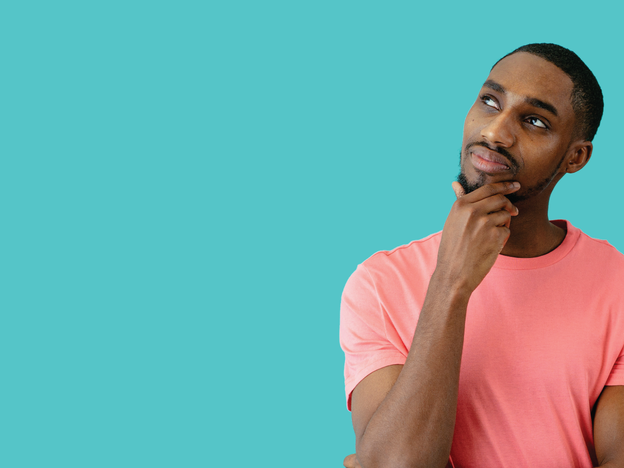