In the UK, October marks the beginning of Black History Month. This national celebration aims to promote and celebrate the contributions of those with African and Caribbean heritage to British society and to foster an understanding of Black history in general.

Despite their similar mission statements, these two months aren’t the same and shouldn’t be treated that way. The experiences and perspectives of Black people born and raised in Britain are very different from the experiences of those in the United States. Unfortunately, these differences are often not honored and sometimes altogether excluded from conversations around the Black experience across the African Diaspora.

Jason Johnson, a UK-based Product Support Specialist at Culture Amp, explains, “Black History Month in the UK has been too US-centric, even though we’re very different culturally. Those of us living in Britain today have our own national cultures that are somewhat accepted within British society, and it's distinct from Black culture in the US.”

Black History Month in the UK has been too US-centric, even though we’re very different culturally. Those of us living in Britain today have our own national cultures that are somewhat accepted within British society, and it’s distinct from Black culture in the US.

The Black experience is not monolithic, not within a single country, and certainly not across different countries. So if you and your company are planning to celebrate UK Black History Month, it’s imperative to recognize and celebrate the cultures, accomplishments, and perspectives of Black folks living in the UK.

To better understand the importance and complexities of UK Black History Month, it’s important to first understand its origins.

Before US Black History Month, there was national Negro History Week, which started in 1926 to advocate for the inclusion of American Black History in the US national public education system. Over time, and with the momentum and support of the Civil Rights Movement in the 1960s, this week gradually evolved into the month it is today. In 1976, US Black History Month was officially recognized by President Gerald Ford.

Akyaaba Addai-Sebo, a Ghanian activist and Special Projects Coordinator for the Greater London Council, was instrumental in bringing Black History Month to Britain. In an interview, he expresses, “I was stirred up in the mid-1980s by the identity crisis that Black children faced as some brazenly would not identify with Africa and shrank when called an African.”

Akyaaba and other local community activists joined together and successfully organized the UK’s first Black History Month celebration in 1987 in London. This celebration quickly spread to other parts of the UK, with many boroughs beginning to formally recognize October as Black History Month. Black History Month has since expanded to “include the history of African, Asian, and Caribbean peoples and their contribution to Britain’s ‘island story.’”

Why should we separate Black History Month celebrations in the US and UK?

Despite the intent to celebrate the history and achievements of Black people living in the UK, many UK Black History Month celebrations and events still center around Black Americans and their culture, history, and achievements. In large part, this is an issue of global visibility and representation.

“The majority of the content we see in mainstream media is always from the US,” Jason explains. “Music, movies, any representation we see mainly comes from the US. For example, I’m a descendent of slaves that were taken to the island of Jamaica. But during Black History Month, there’s almost nothing said about Jamaican history apart from the Windrush. This is despite the fact that West Indians have made a hugely positive contribution to British society, and many of these stories are very inspiring.”

Yomi Adegoke, in an opinion piece for the Guardian, writes, “If black Britons aren’t fighting our way out from behind the shadow of white Brits, then we’re often attempting to be heard over the ‘black’ discourse usually centred on the black American experience.”

Yomi continues, “An American-centric understanding of black history and identity makes Black History Month in the UK something like looking into a broken mirror. You see yourself reflected within its fragments and the shards create a picture, though the whole thing is distorted. And at no time does this distortion become more apparent than in October, where the blackness presented is one we can identify with only in part. “

“In the US, all the enslaved people were kept on the same land. Britain, on the other hand, had colonies all around the globe. So when Britain abolished slavery, people in the West Indies, for example, were able to develop and form their own cultures and therefore their own cultural identities similar to some countries on the continent of Africa.

If you look at the race category in the US census, there are far fewer options compared to Canada or the UK. The options have not evolved over time in the US, as the system remains focused on ranking and suppressing people. In Britain, those who are ethnically Black do have some similarities, but many are quite different culturally and therefore have their own identities. Britain has experienced high levels of migration over the past 60 years from the West Indies and the continent of Africa. Ethnically, I'm classified as Black, though my cultural identity is Jamaican. I'm an English-born Jamaican, born in England, but my dominant culture is Jamaican.”

This need for greater UK-centricity was one of the reasons why the founders decided to celebrate UK Black History Month in October rather than in February. Ansel Wong, one of the founding members, writes, “We chose to be different and chose October [...] We also chose not to be too compliant in our uncritical adherence of all things American; staking a claim for the specific British context of our struggles and existence.”

In the workplace, we know that a feeling of belonging matters, for both the wellbeing of the individual and of the organization. A huge part of fostering this sense of belonging is creating a culture where individuals feel respected, seen, and heard.

And at global organizations, this cross-cultural awareness is even more critical. Folks from underrepresented communities already face numerous microaggressions. What isn’t acknowledged enough is the experience and compounding impact of being incorrectly stereotyped and misclassified.

Jason reflects, “Still to this day, I have to endure people's ignorance on top of identity bias. People assume the way I am is based on what they've seen mainly from US media. I'm never usually asked about my cultural origin and identity. I’m just labeled a color. Recently I was in Italy and was asked by a local who lived in London for a while if I was missing fried chicken. No, not really. Not only is that an extremely prejudiced question disguised as a joke, but my family is from Jamaica – we have jerk chicken.”

Still to this day, I have to endure people’s ignorance on top of identity bias. People assume the way I am is based on what they’ve seen mainly from US media. I’m never usually asked about my cultural origin and identity. I’m just labeled a color.

Black History is already relegated to a single month – the least we could do is to celebrate and honor Black history and community in the UK during UK Black History Month and leave US-centric celebrations for US Black History Month. Americentrism is nothing new, but it certainly isn’t natural or “right” for individuals and organizations to continue perpetuating it.

Today, the status quo is slowly shifting to focus more on black British history. But that isn’t to say that there’s some invisible force of history that is pushing the tides towards a more diverse, equitable, and inclusive world. No, none of it would have been possible without the hard work, commitment, and strength of individuals who recognized the need for a world (and at the very least, a month) that better represents and reflects their lived experiences.

How can individuals and organizations generate more inclusive conversations and spaces for their Black employees and colleagues living in the UK? Below are three simple tips to help you get started.

This Black History Month, consider what you can do to help create a future where folks of every identity and background feel represented and celebrated every month of the year. Building a better world – in and outside of work – isn’t easy, but creating and seeking genuine understanding is a powerful first step. 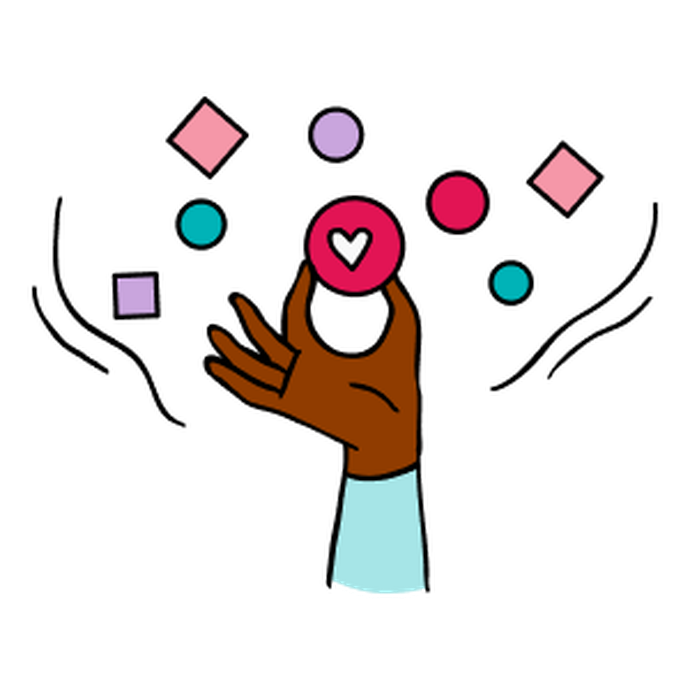