How to give feedback to peers 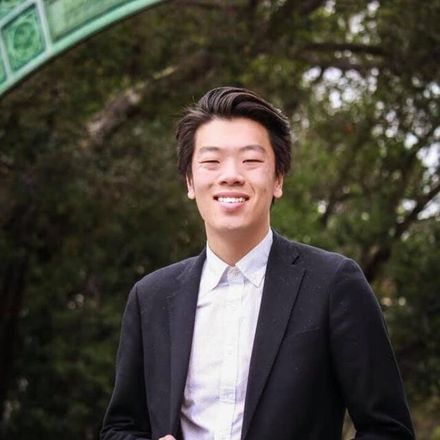 Peer feedback is a powerful tool that helps people grow and improve, but it requires a thoughtful approach. Giving feedback takes effort, and it becomes even more challenging when the person you’re giving feedback to is your colleague.

It’s hard to predict how the other person will feel after receiving feedback – particularly when it comes to critical feedback – and, ultimately, whether or not they will be receptive. Despite this challenge, peer feedback is an integral aspect of the ongoing performance process. While peer feedback is often used formally in 360-degree performance reviews, for the purposes of this blog, we’re primarily focusing on the informal aspects of peer feedback. In this article, we’ll share best practices for giving informal, conversational, and ongoing feedback to your peers.

What is peer feedback?

Before jumping into best practices, it’s important to have a basic understanding of what we mean by peer feedback. There are two primary ways of giving feedback: conversational (or informal) and formal. Formal feedback is typically given in structured meetings or performance reviews. For instance, Culture Amp takes a 360-degree approach to gather formal feedback for performance reviews. This not only incorporates managerial feedback, but self-reflections and peer feedback as well.

While both formal and informal feedback are essential to master, conversational feedback can be especially difficult to navigate Many individual contributors tend to avoid it altogether, but informal feedback is critical to continuous growth and development. This article is designed to help reduce the fear and discomfort around giving informal peer feedback.

The difference between feedback and advice

While feedback and advice have many overlaps with one another, they are different methods of communication. Feedback empowers employees whereas advice can strip autonomy. Put another way, when someone gives advice, the conversation becomes one-sided and eliminates any opportunity for the recipient to help drive their development.

Although it can be tempting to give advice and treat it as feedback, LifeLabs Learning has found that feedback tends to be much more effective than advice. In their experience training over 80,000 managers, executives, and teams each year on how to deliver great feedback, feedback has proven to be a more suitable approach to enable learning, motivation, and sustainable change.

Especially when coming from a peer, advice can be perceived as condescending or even unreliable compared to manager guidance. While giving advice might result in compliance, feedback is more likely to lead to commitment. That's why it's critical to empower your teams to provide constructive feedback rather than advice.

Where advice is directive, great feedback begins with an observation, notes its impact, and defers to the recipient to decide on the next steps.

“I suggest you talk less in our meetings. Please try waiting until everyone else has spoken before you share additional ideas.”

Advice focuses on what someone should do without clarifying what they did, whereas feedback allows the recipient to consider the implications, come to their own conclusions, and participate in determining next steps.

“I noticed you spoke more than others in that meeting. Many people didn’t speak at all, so we might be missing important perspectives. What do you think?”

Now that we understand the distinction between advice and feedback, consider the following best practices when providing feedback to your colleagues:

Sharing feedback can be uncomfortable for both the giver and the receiver. However, rather than viewing feedback as a binary good or bad, it’s important to reframe the ideas of positive and negative feedback as reinforcing and redirecting, respectively.

Reinforcing feedback is usually given when you want someone to keep doing a certain positive behavior (e.g. proactively communicating with their teammates on projects). Alternatively, redirecting feedback is designed to stop one behavior and replaces it with another (e.g. speaking up more often in team meetings).

Overall, constructive feedback is designed to correct and inspire behavior. It tells an employee what’s working and what’s not while also explaining any unintended or desired outcomes.

When offering redirecting feedback, be sure to keep it constructive rather than critical or accusatory. Using targeted and closed language will single out individuals and negatively affect their confidence, which in turn makes the feedback ineffective and only serves to demotivate the recipient.

The following examples show what not to do when giving redirecting feedback to your peer:

“I know that you’re shy, but you should speak up more in meetings.”

“You talk too much during meetings. Try giving other people a chance to speak up”

Being as specific as possible with your peer’s actions and their impact helps to create a two-way dialogue. This allows you to better understand their perspective and make your colleague feel heard. For instance, if you’re giving feedback to a peer that hasn’t been participating in team meetings recently, it could look something like this:

“I noticed that you haven’t been speaking up during our team meetings lately. Our team would love to have you participate more and hear your insights about our upcoming campaign. What do you think?”

Although there are many other ways to frame redirecting feedback, the above approach takes some of the sting out of negative feedback, encourages your peers to be more self-aware, and drives behavior change that strengthens relationships across the organization.

2. Pave the way with empathy

Giving effective feedback requires an empathetic mindset and sensitivity to the recipient’s feelings. Making personal statements about your peer's behavior can damage their confidence, making them feel unmotivated in their day-to-day routine. When your peers feel disrespected or attacked by feedback, they may react defensively by aggressively challenging it or even completely disregarding your input altogether. Put another way, feedback based upon personal statements does not drive actionable change.

It's also worth noting that there's a time and place for delivering empathetic feedback to your peer. Bombarding someone with unprompted and unwanted feedback is likely to make them uncomfortable. Therefore, it is crucial to ask your peer if they're open to your feedback and how they prefer to receive it. For instance, giving feedback directly after a heated meeting or when emotions are running high may not be the best time. Ultimately, peers will be more accepting of feedback that is offered with empathy, whether you're reinforcing or redirecting.

It’s common for people to feel embarrassed or uncomfortable when receiving feedback. It’s also extremely difficult for individuals to give feedback to their peers because of how unpredictable their emotional reactions may be. Before offering feedback to your peer, let them know that you understand the conversation might be awkward but you’re coming with good intentions.

When delivering your feedback to your peer, pay attention to the way your feedback is worded and your peer’s reception to it. According to Gallup, just 26% of employees strongly agree that the feedback they’ve received has helped them. If your emotions are running high, pause and reflect, or you may end up delivering feedback that is detrimental to your peer. By taking the time to think things through, you’re allowing yourself to reflect upon your peer’s perspective, rather than focusing solely on the action itself. For instance, empathetic feedback that reinforces behavior can look like this:

First, ask if the person is open to receiving feedback…

“I’d like to give you some feedback, is now a good time?”

Once you’ve received the go-ahead from your peer, proceed with the feedback…

“I think you did a splendid job when you were presenting at the all-hands meeting the other day. It showed that you’re amplifying your team’s accomplishments and that you’re showcasing your leadership skills."

Conversely, empathetic feedback that redirects behavior can look like this:

“This is difficult for me to say, but may I provide my input?

I know you were out this past week, but I haven’t been informed as to why you were gone. I understand that things come up, but my ask is that you communicate promptly when you’re going to be out. When you don’t let us know that you’re unavailable, the team’s bandwidth is stretched thin.”

3. Look forward with a growth mindset

Feedback is most effective when it focuses on future behavior. Using feedback as a way to pass judgment on past behavior and actions is unlikely to drive actionable change. Delivering feedback based on your peer’s past actions doesn’t give you the whole picture. In fact, considering one action as representative of their overall performance can even be a form of confirmation bias against your peer. Similarly, fixating on your peer’s ability to fulfill a future outcome may make them feel less confident in themselves. Keep in mind that the goal of feedback is to help your peer learn and grow so they can do better moving forward.

Looking towards the past or focusing solely on the outcome fixates on a single detail instead of providing valuable feedback. Use informal feedback to address actionable behaviors (i.e. things that the peer can control) and open a dialogue around how they can make progress.

At its core, feedback is about learning from past experiences to improve in the future. Instead of focusing on the repercussions of a peer’s actions, think about how your peer could develop their skillset. It’s vital to include your peer in the dialogue by asking for their perspective on what they can do better and giving them the opportunity to reflect.

If your peer is struggling to change their behavior, asking them what they’ve already tried will encourage them to reflect on what’s working, what isn’t, and what they can do to move forward. Consistently checking in with your peer will help you reframe, iterate, and clarify your feedback. By approaching feedback with a growth mindset, you’re helping your peers understand how they contribute to the organization’s success and allowing them to be the driver of their progress towards their goals.

Empower yourself and your peers

Giving feedback to your peers may be emotionally daunting, but an open and empathetic mindset will help you deliver feedback more effectively and collaboratively – and ultimately help drive your peers’ development. Conversational and continuous feedback helps employees make consistent progress and ensure there are no surprises when it’s time for their formal performance reviews.

It’s not easy to take that difficult first step of sharing feedback, but this practice will ultimately empower and encourage your peers to look towards the future, grow, and develop. Peer feedback is an important tool you can use to strengthen your skills, support your peers, and make your performance management process more agile. 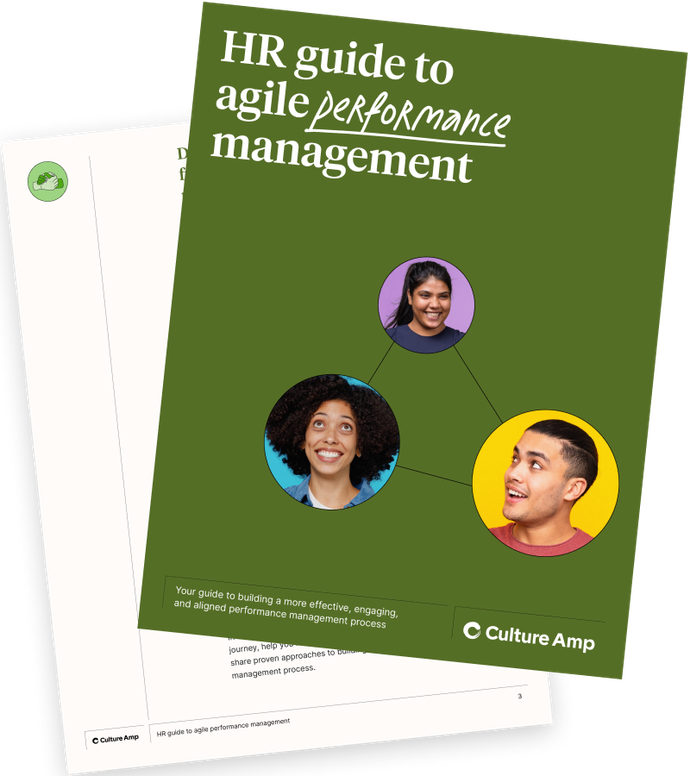