When Sara McGlothlin saw the job posting for a customer experience role at Gather, she wasn’t sure if it was a real business. There were no Glassdoor reviews and no other employees at the company. But she decided to take a chance and met with the three co-founders. Luckily, the connection was instantaneous.

“Every interaction I had with each of the co-founders was really positive, and we were so aligned on what the customer experience should be like.”

So Sara accepted the job as Gather’s first hire. Five years later, the company now has over 100 employees and Sara serves as its Senior Client Success Manager.

Prior to joining Gather, Sara’s first role out of college was at a telecommunications company in a customer-focused role. While she was there, she began to notice a few things about the company culture. The organization offered a lot of “perks” - such as free lunches and Jean Fridays - but employee engagement was still low and the new, talented hires didn’t stick around for very long.

That’s why, when she was ready to move on from her first role, Gather caught her eye.

“Most founders of early-stage companies focus on hiring an engineer or a salesperson first. But Gather’s co-founders decided to hire a customer support person because they invested a lot of time in establishing good rapport with their existing client base and wanted to prioritize relationship building. That tells you a lot about the company,” says Sara.

During her five-year tenure at Gather, Sara has worn many hats. She stayed on the customer experience for over two years. It was around this time that the company started to ramp up its hiring, so she moved over to a people operations function to help build the recruiting process from scratch.

Afterward, she went into an employee success role, where she was responsible for everything from sending out Culture Amp surveys to managing new hire onboarding. She eventually went back into her original business-facing role as the client success team was being restructured. Regardless of whether she was managing the customer experience or the employee experience, Sara says she always carried the same piece of advice with her:

“A team member told me something once that really stuck with me: “People are people - whether they’re a client or a team member. That means they have bad days, they might not be as honest with you as they could be, but - in the end - they just want to be treated like humans and sometimes need help.”

Sara says she found both of her roles to be equally impactful - she believes showing an employee where the bathroom is on the first day of work is just as important as helping a customer work through a problem they’re facing. And to be successful in either role, Sara explains the power of building internal advocates.

“Since customer success roles are super cross-functional, you need the collaboration of every department to be able to do your job. Employee success is similar because it requires you to convince a lot of people to do things and sell them on the value of various company initiatives.”

Don’t forget to be human

As the company has grown from being just her and the co-founders to now housing over 120 employees (with plans to add at least 100 more people this year), Sara has faced the same challenge that many people leaders do: making sure the company still feels like a place where employees are valued as human beings - not just cogs in a machine.

Looking to grow your HR team this year?

For Sara, it all starts with building relationships.

"When I was in employee success, onboarding days were a big deal to me because it's an easy way to build a relationship with people. There are other really simple things you can do to build relationships, though, even if you're not in people ops."

For instance, Sara uses a variety of tools, such as employee events and Slack integrations, to make the process of building relationships more accessible for her employees.

“We do employee events about once a month and try to focus on activities that have people working together, such as trivia. If there are teams involved, we try to be strategic about mixing up the teams so you don’t have a group of all new people or a group of people who are all friends. It’s also easy to set up a Slack integration with Donut, which is a really simple way to mix up groups.”

In addition to excelling at nurturing the more human aspects of work, Sara was also praised in her nomination for her ability to use Culture Amp as a way to gain a better understanding of strengths and weaknesses at Gather.

While she was on the employee success team, Sara used Culture Amp to measure various parts of the employee experience with the onboarding and exit surveys. Gather’s onboarding survey allows new hires to share feedback on every aspect of the onboarding experience, leave comments, and express sentiment about their new team. And the exit survey is used as an opportunity to discuss why an individual is leaving and to share any feedback about their experience as an employee.

Gather also uses Culture Amp to regularly check in and gather feedback from its employees.

“Before, we would build our own employee surveys. We send out extensive pulse surveys every quarter and compare the results over time to identify what’s going well and what’s not - the comparison capability is one of the reasons I really like Culture Amp.”

Sara says the results of these surveys not only shape the quarterly initiatives of the people operations team but also help inform other big team decisions as well.

“For instance, we moved into our current office back in August, which is on the eighth floor of a nice high rise. We had outgrown our former office, which was essentially an old warehouse we painted over that only had three bathrooms stalls for 70 people. When we sent out the quarterly pulse, it came as no surprise that everyone hated the old office, but hearing the specifics of what they didn’t like helped us shape what the new office looks like now.”

A huge thanks to Sara for taking the time to speak with us! If you have an inspiring HR leader in mind who would be great for our series, nominate them as our next People Geek of the Month. 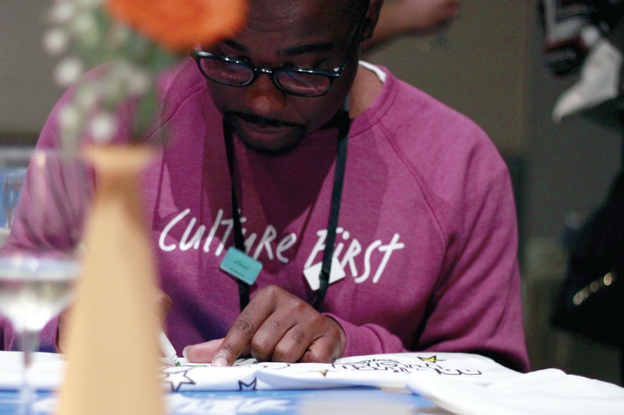 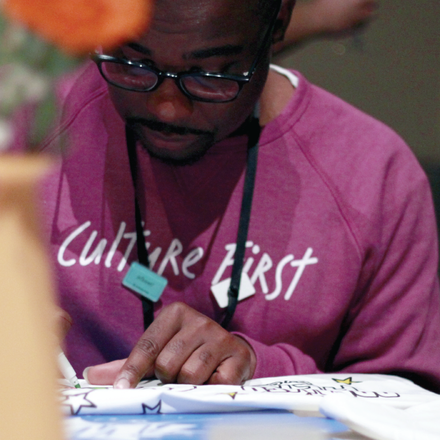